Merchant Processing in the Cannabis Industry: Everything You Need To Know 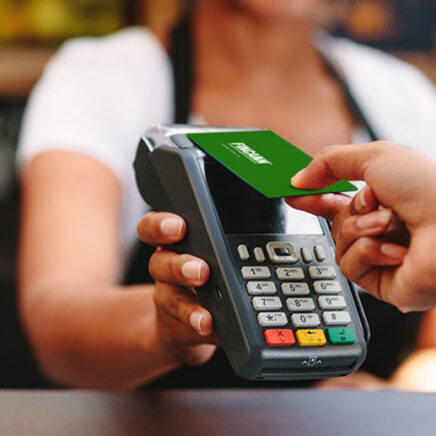 Banking has been a sticking point for the legal cannabis industry for much of its existence. Even where legal, banks are often hesitant to get involved with cannabis businesses. That extends to cannabis credit card processing: a card network ban on cannabis transactions has locked state-legal THC licensees out of merchant processing services, preventing them from transacting with debit and credit cards.

Even CBD, which was descheduled under the 2018 Farm Bill, has had its difficulty securing merchant processing services. Despite CBD’s legal status, it can be difficult for CBD businesses to secure merchant accounts as well. Providers willing to work with CBD businesses can be few and far between.

Why has merchant processing been so difficult to secure for cannabis businesses? Where do we stand today? More importantly, what will it take for the legal cannabis industry to gain access to this invaluable service?

What are the issues with cannabis businesses and credit card processing?

“Marijuana,” defined as cannabis exceeding 0.3% THC content, remains federally illegal. However, federal officials have generally maintained that state-compliant cannabis businesses can operate without risk of interference. Moreover, and to the surprise of many cannabis industry professionals who have been rejected by financial institutions for basic banking services, bank examiners have established clear guidelines for how to bank cannabis businesses. This process includes an emphasis on anti-money laundering (AML) monitoring and reporting.

Credit card networks like Mastercard and Visa have made clear that they will not support federally illegal cannabis transactions in any capacity. Nothing but federal legalization is likely to change that policy. That means that despite finding access to banking, state-legal cannabis businesses cannot secure merchant accounts for processing debit and credit card transactions.

Unlike the CBD sector, which we will discuss in depth later in this article, cannabis credit card processing and other merchant processing services are not just limited — they are prohibited. This is an endless headache for cannabis businesses, whose customers want to pay with their credit or debit cards and don’t understand why their money isn’t accepted in these forms.

As a result, cannabis entrepreneurs employ numerous tactics in a bid to offer their customers card-based transactions, ranging from clever to downright shady. Some failed to gain traction while others serve as a band-aid solution.

A common approach for many cannabis businesses is to make up an obscure company name to try to hide that their operations are associated with cannabis in any way. Of course, eventually, they are discovered by their bank and typically have their accounts terminated.

This approach is especially risky because there is a chance that entrepreneurs caught lying to their banks and the card networks could be put on a blacklist known as the Terminated Merchant File (TMF). Any individuals added to this list are prohibited from accessing card services for five years. The stakes are high and the payoff is low; this is not a recommended route to obtain cannabis credit card processing services, no matter how tempting and easy it may seem.

For those averse to flat out lying to the bank (as they should be), there is another common solution: the cashless ATM. Cashless ATMs appear to the bank as an ATM transaction, but in reality, they function as a debit card transaction within a dispensary. In this system, customers cover the transaction fee and “withdraw” an even number of bills to cover their purchase. The cashier then gives them change in cash.

For example, if a customer wants to purchase $73 worth of product, they give the cashier their debit card, and the cashier charges $80 plus the transaction fee. Then, upon making the purchase, the cashier gives the customer $7 change in cash.

However, this practice is not permissible either, as it relies on deception to ultimately obscure cannabis transactions dependent on the card networks. And credit card networks usually figure out that a cashless ATM is in use and shut it down.

If they are caught and shut down, dispensaries and other cannabis businesses could simply find another service and do the same thing. However, repeated incidents could ultimately lead to lawsuits for unfair trade practices or prosecution for fraud. While these outcomes are not common, they are a risk.

The only other functional solution for cannabis businesses are eChecks or ACH transfers, which are typically performed through a smartphone application the customer downloads and funds. Similar to a mobile wallet, the application pulls money from the customer’s bank account, which can then be used to pay for cannabis transactions. This is the most compliant and secure way to engage in non-cash cannabis transactions.

Unfortunately, this method has an adoption problem. Not many customers are incentivized to download an application they aren’t familiar with, let alone provide sensitive banking information to connect their checking account to it. This approach requires significant trust and effort to set up an account, prompting many customers to hit the ATM and gather some cash before heading to the dispensary.

There are some things cannabis businesses can do to incentivize customers to download and use a mobile wallet though, including offering discounts or bonus funds to get started. Unfortunately, these types of promotions can impact a business’s bottom line, presenting yet another obstacle to mass adoption.

It was the fall of 2018 when there was first a long-awaited opportunity for Cannabidiol (CBD) businesses to secure merchant processing services. Merchant processing would allow these companies to process debit and credit card transactions for the first time, after being locked out by the card networks for years.

The merchant processing arm of U.S. Bank, Elavon, began processing transactions on behalf of CBD sellers, much to the appreciation of CBD businesses. At this time, CBD was still considered a Schedule I substance under the Controlled Substances Act (CSA). Unfortunately, compliance proved a difficult, moving target to hit and, by April 2019, even though by then CBD was descheduled by the 2018 Farm Bill, Elavon exited the CBD market and stopped processing card transactions.

This was a difficult blow for the CBD industry to absorb, but by no means a foreign experience. It simply meant that the industry would be back to square one in terms of processing card transactions albeit with the positive development that at least, hemp and hemp-derived products had been descheduled in December 2018 with the signing of the 2018 Farm Bill, which defined cannabis containing less than 0.3% THC content as federally legal hemp.

Still, the lack of merchant processing services for CBD businesses remained a thorn in the side of many entrepreneurs. This especially limited ecommerce opportunities, putting hundreds of small businesses in a bind as to how and when they can take credit card payments from customers.

Elavon’s withdrawal from CBD merchant processing sent the industry back into the wilderness. It was commonplace for CBD sellers to partner with overseas merchant processors, many with shady business practices that often resulted in the “loss” of funds.

Then, in August 2019, a California bank announced it would offer CBD merchant accounts, filling the void left by Elavon’s departure six months earlier. The bank received 2,000 applications for CBD merchant accounts in the first week of its program, overwhelming the system with immense demand. Since then, about a half dozen other banks that are licensees of Mastercard and Visa have gotten involved in the CBD space as well, extending merchant processing services to CBD businesses.

Luckily, despite the “in flux” status of CBD banking regulations, the card networks have conditionally acquiesced to the notion of CBD merchant accounts. For CBD businesses, there is normal merchant processing available for entrepreneurs who know how to find it.

What would it take to open cannabis credit card processing services for the industry?

As we saw with CBD, the only thing that even began to open merchant processing services was federal descheduling. It is unlikely the card networks lift their wholesale ban on cannabis transactions until the federal government deschedules cannabis from the CSA as well.

Luckily, though, that could be sooner than later.

In December 2020, the U.S. House of Representatives approved the Marijuana Opportunity, Reinvestment, and Expungement (MORE) Act, which would deschedule cannabis and effectively legalize it federally. While the Senate is not expected to bring the bill to a vote, the passage in the House represents an immense symbolic victory. It also demonstrates that there are hundreds of elected officials willing to go on the record in support of federal cannabis legalization. That type of political will has not existed in the entirety of the cannabis prohibition era. We could be turning a corner toward legalization, and with that comes opening up previously-closed channels for cannabis businesses, credit card processing included.

Until then, though, cannabis businesses remain locked out of merchant accounts, while CBD businesses have to hunt high and low to find a reliable and effective merchant processing partner.

If you’re having a hard time finding merchant processing services or banking for your CBD or cannabis business, Fincann can help. Our network of cannabis-friendly banking partners is among the most experienced and knowledgeable in the industry. Not only can Fincann help you secure the banking services you need today, we can also help set you up for success tomorrow. To learn more about Fincann and cannabis banking, contact Fincann today or begin your merchant processing application.

With Biden in… progress on cannabis seems imminent

5 Predictions for the 2021 Cannabis Industry

MORE Act Passes in the House

Call us : (212) 724-7777
We use cookies on our website to give you the most relevant experience by remembering your preferences and repeat visits. By clicking “Accept”, you consent to the use of ALL the cookies.
Do not sell my personal information.
Cookie settingsACCEPT
Manage consent

This website uses cookies to improve your experience while you navigate through the website. Out of these, the cookies that are categorized as necessary are stored on your browser as they are essential for the working of basic functionalities of the website. We also use third-party cookies that help us analyze and understand how you use this website. These cookies will be stored in your browser only with your consent. You also have the option to opt-out of these cookies. But opting out of some of these cookies may affect your browsing experience.
Necessary Always Enabled

Any cookies that may not be particularly necessary for the website to function and is used specifically to collect user personal data via analytics, ads, other embedded contents are termed as non-necessary cookies. It is mandatory to procure user consent prior to running these cookies on your website.