Fincann is your advocate and expert guide supporting you through the initial onboarding and due diligence phases to cost-effectively achieve your principal goal: stable, transparent, simplified banking. And we'll provide you with the tools and guidance for long-term sustainability. 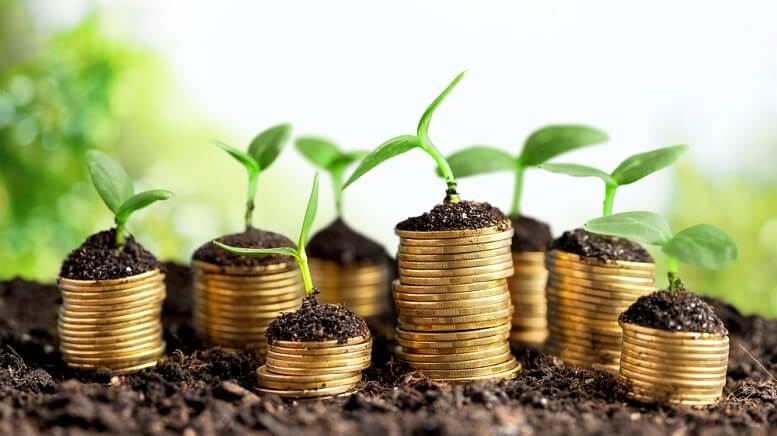 
THC licensees are typically misdescribed as all “plant-touching” operations. However for purposes of banking compliance, ‘plant-touching’ enterprises are only subject to the highest level of internal and banking compliance and reporting protocols (Tier 1*) if they are retail dispensaries and delivery services, cultivators and manufacturers. For example, although licensed test labs and transporters are also considered plant-touching entities, they are subject to much less rigorous compliance requirements (Tier 2* or Tier 3*), depending upon the scope of their interaction with Tier 1 licensees as well as the amount of direct plant-touching revenue they generate, especially cash that they receive from their THC licensed customers and clients.

What to expect when applying for an account through Fincann

When applying for a compliant bank account, be prepared to undergo a rigorous process of due diligence and reporting, including a mandatory on-site compliance inspection of all THC-licensed facilities. Plan for 1 to 3 months of due diligence and investigations before the account can be approved and opened. The process to apply for one of our cannabis banking solutions generally requires: 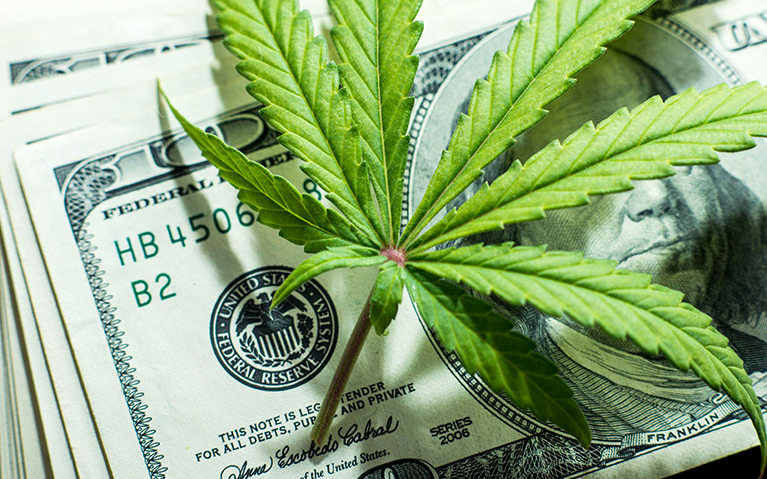 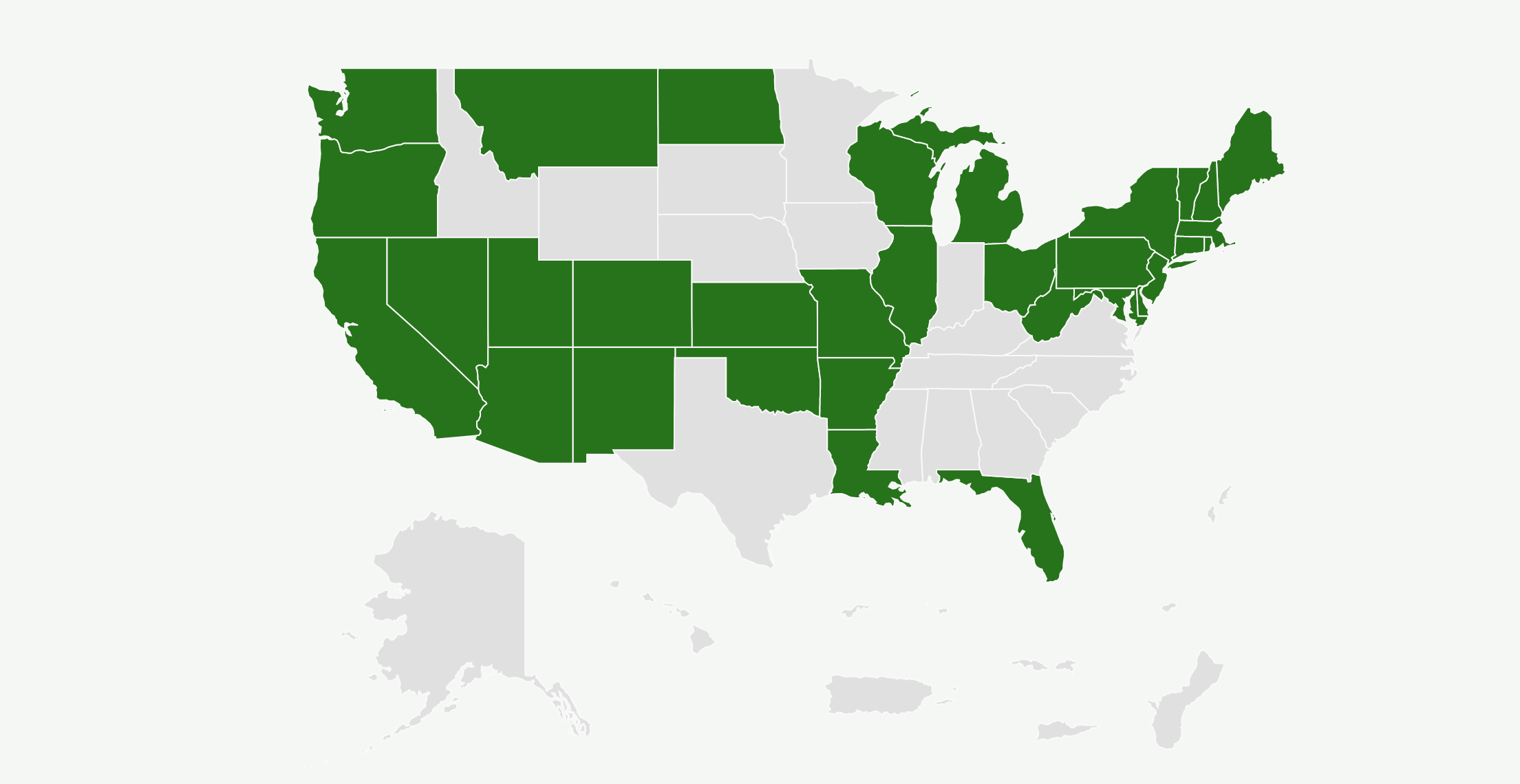 Merchant Processing for THC Licensees: What Are The Issues?

The Terminated Merchant File is a notorious list that essentially blacklists a terminated merchant and all related company principals from having merchant services for a minimum of five years. Fraudulently disguised direct merchant accounts, such as describing a THC licensee as a flower shop or a management company, are subject to easy detection and termination by the sponsor bank, whether they are conducting credit, pin-based, or pinless debit transactions.

Since any use of the major card brands for cannabis transactions requires at least some element (if not outright) fraud and misrepresentation somewhere if not throughout the payment channel, merchants may be subject to civil or criminal penalties. To date, this has rarely happened, but the risk is real.

Risk of civil or criminal penalties is real if transactions are not settled into a cannabis-friendly and compliant business checking account with full reporting and institutional supervision, as required by federal and state guidelines.

As in the instance of a lawsuit brought by California cannabis delivery platform Eaze vs. DionyMed’s CA subsidiary Herban Industries in 2019, merchants using non-compliant and/or fraudulent payment processing may be subject to civil litigation and substantial damages for unfair competition with merchants who follow the rules.

When any of these solutions are shut down, it is usually without advance notice, resulting in suddenly no longer being able to accept credit card payments as well as funds pending deposit as well as reserve and security deposits being lost or withheld for up to a year. 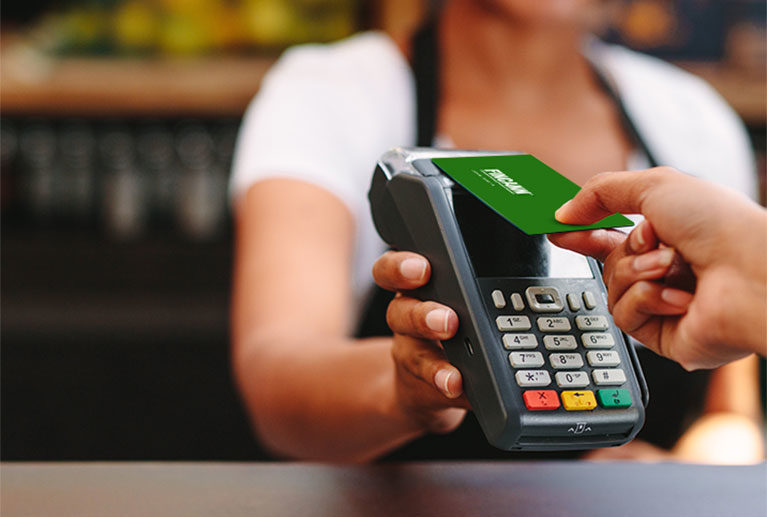 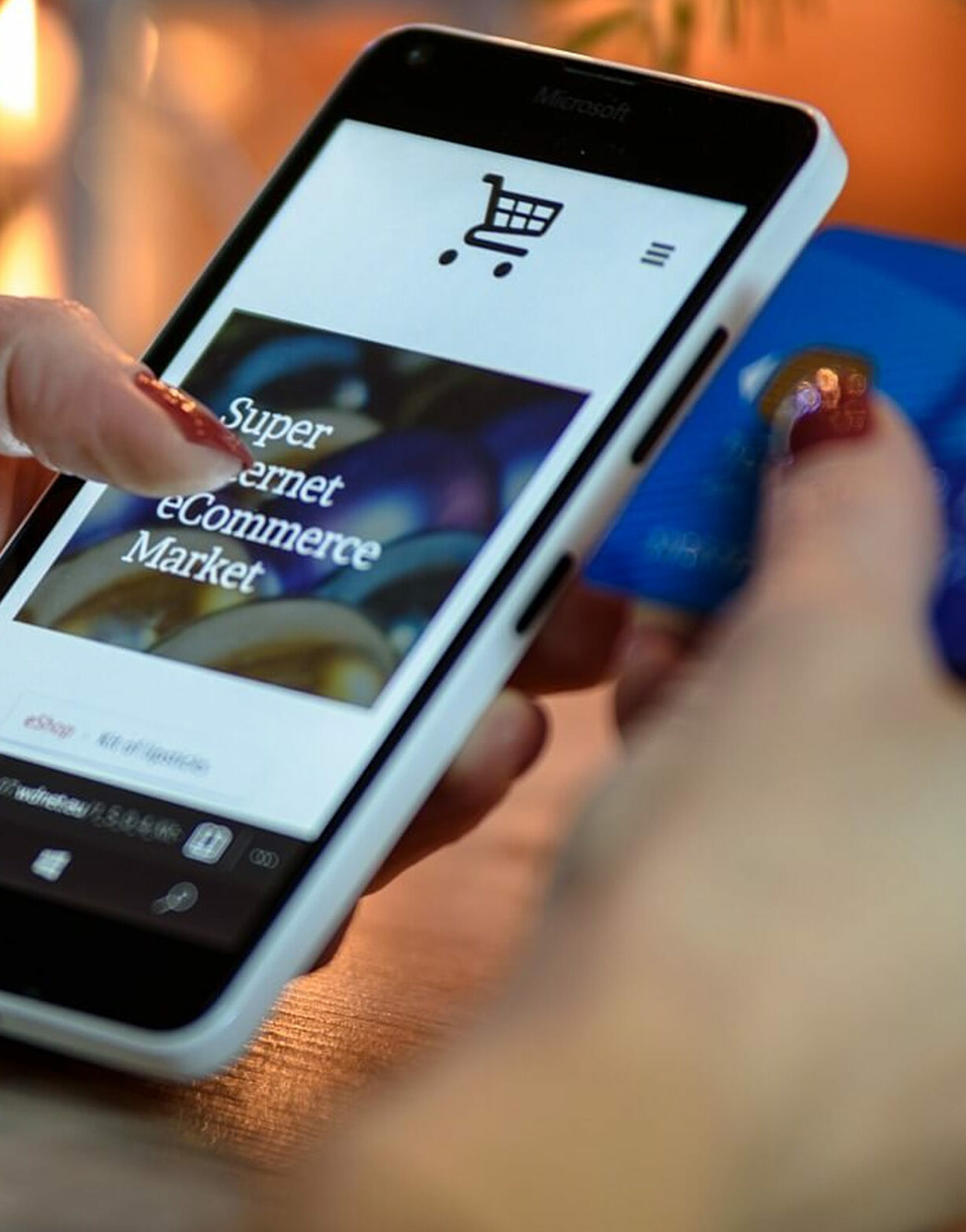 What about e-wallets or stored value virtual gift cards for THC licensees?

Another once promising inspired workaround solution that gained some traction over the past couple years was the ‘e-wallet’ or ‘stored value’ virtual gift card. This worked in a manner similar to PayPal in that the app software charged a credit or debit MasterCard or Visa to load payment into the e-wallet or virtual gift card, then funds could be automatically or manually transferred to the merchant’s bank account. By providing a buffer between the cannabis transaction and the payment to the merchant, the solution could claim with some credibility that it was not actually a cannabis transaction. Importantly, this is in violation of card network regulations.

Most such workaround solutions invested a great deal in developing elegant and feature-rich tech solutions but shortchanged on the banking fundamentals, in particular by glossing over or masking the true nature of the transactions from the underlying sponsor bank. So they were continuously losing vital bank connections and scrambling to replace them with new ones who they similarly misled. In many instances, these hiccups or outright system collapses resulted in substantial delays in settling merchant funds, or outright loss of those pending monies.

One e-wallet solution in particular did not choose to cut necessary corners and invested in rigorous end-to-end compliance, including full transparency and buy-in from their sponsor bank. For a time it appeared they had a sustainable and viable program. However, as was inevitable, one day their bank got a stern call from Visa ordering them to immediately cease supporting these transactions and they complied right away to avoid risking the other 99% of their transaction volume that was not cannabis-related. The operator immediately worked to find an alternative financial institution to work with, but the whole concept had now been proven unsustainable and defective since it fundamentally never makes good business sense for a sponsor bank to risk 99% of their business to preserve 1%.

App and standalone terminal based electronic payments operating on the ACH bank to bank transfer system governed by the National Automated Clearing House Association (NACHA). With this solution, the buyer initially downloads the payment app similar to Venmo or Zelle, connects it to their bank account, and the merchant scans the app-generated QR code to authorize and complete the transaction, which then transfers payment from the buyer’s checking account to the merchant.

Typically, the buyer pays no fee, and the merchant pays 2% - 4% for use of the service.

When coupled with a cannabis-compliant checking account on the merchant’s side, this cannabis banking solution is compliant, sustainable over the long term and trouble-free.

Its shortcoming is primarily that of resistance on the part of the buyer to be obliged to download the app, then enter several data points of personal information. However, more often than not before doing all this the customer prefers just to visit the nearest ATM. However, the COVID-19 pandemic has had a beneficial effect on this major shortcoming since the solution can offer contactless payments for delivery services, and the merchant can, at least while the lockdown continues, require use of this payment solution as the only option for receiving a delivery.

There are several vendors offering this solution, and several more in the pipeline. Fincann has partnered with all those whose programs are compliant and well-designed, and can expertly guide our licensed clients to their best match.

It remains popular with many dispensaries, and now with delivery services using portable terminals, since it accepts MasterCard and Visa debit cards. Except for the initial one-time cost per terminal, the system doesn’t charge the merchant any fee for transactions since the charges are passed along to the buyer in the form of a traditional ATM fee ranging from $3 to $5

Since the merchant terminal software functions as though it was actually dispensing cash, all transactions must equal a combination of currency denominations. For example, for a $77.25 transaction, the buyer would be charged $80 (4 x $20 bills), and given $2.75 in change. The buyer is additionally and usually charged an out-of-network ATM charge of $2 to $3.

Since this solution operates on the ATM rails, as opposed to the card networks’ credit or debit rails, the likelihood of detection and termination is substantially reduced, so solutions based upon this system usually are sustained for six months or longer. In these instances, once the solution is shut down, the operator is forced to have backup banks or quickly find alternates. Over the past several years that this solution has been in the market, operators have been fairly successful in getting back up and running.

The risks to merchants using this solution are the same as previously detailed, except for the risk of being blacklisted on the TMF, which does not apply here. However, it remains appealing to cannabis retailers for its benefits, and its reduced probability of suffering the aforementioned consequences.

In the pipeline are other promising solutions that Fincann will offer if and when proven compliant, viable and sustainable:

Fincann has the expertise and experience to guide THC licensees in onboarding the best current solution for their application(s), as well as automatically and smoothly transitioning them to the most-efficient solutions as they emerge. 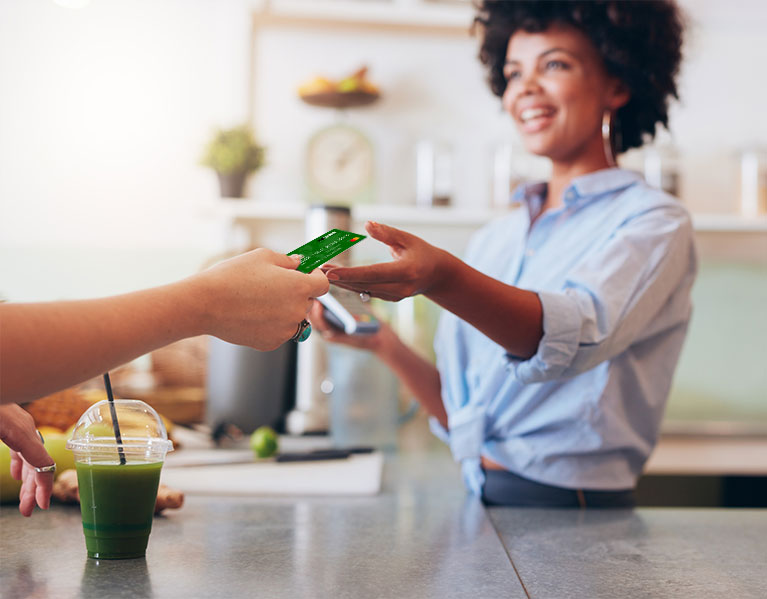 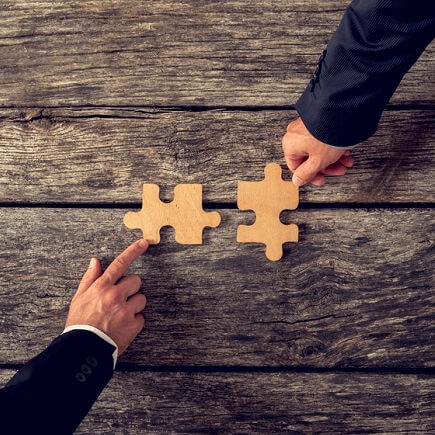 Over the past several years, Fincann has collaborated with the cannabis industry’s leading and pioneering provider of bulletproof 100% compliant B2B electronic payment processing. Similar in structure to PayPal but designed specifically for THC licensed cultivators, manufacturers, wholesalers, testing labs, and transporters, this program is also bundled with a fully-compliant, transparent, sustainable federally-insured business checking account, including cash deposit service. Our partner is licensed and bonded by the banking commission in all states where it operates:
Contact Fincann Today See If You Qualify