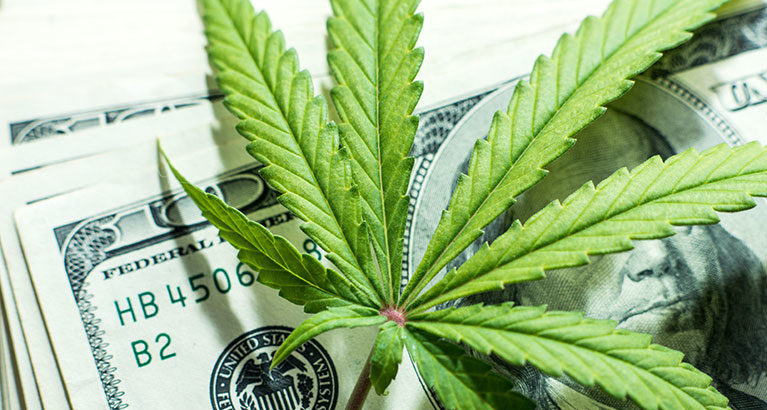 It is understandable and reasonable for many folks especially in the conservative mainstream to remain skeptical of recent claims of medical efficacy and harmless non-consequential recreational use of cannabis aka marijuana given decades of pervasive messaging to the contrary. However it is vital for today’s AML and banking professionals to learn the real truth to take timely advantage of opportunity as well as to ‘nip in the bud’ a looming and severe danger both to our communities and our financial system.

The truth is that cannabis is neither a dangerous narcotic, nor a ‘gateway’ drug. It’s a remarkable plant cultivated for thousands of years for its breathtaking range of commercial, industrial, wellness and relaxation applications. The plant was hijacked and scapegoated a century ago and since then by industrial and political selfish and special interests.

Now, as the cannabis industry is finally extricating itself from these constraints, can we agree on something? Marijuana-related businesses face a lack of banking support. This is understandable since it is still illegal on the federal level. However, this also means that money is being spent on cannabis and those customers have nowhere to bank their money, or more likely, they are banking it with you but aren’t being transparent about it. Things that aren’t transparent are inherently suspicious but that doesn’t have to be the case. Banks have the ability to work with these customers and putting aside the illegal nature for now, it is simply a policy and procedure update and the opportunity for additional revenue for the bank.

It is also important to recognize the extreme danger our communities face from violent and organized crime awash with new billions of dollars of untracked, poorly accounted-for cash, a great deal of which is presently being laundered in ‘masked’ bank accounts. As essential stewards of commerce, financial institutions can apply their resources responsibly to both avert this crisis and profit from a generational opportunity.

In this article, we’ll cover the history, the risks of banking (and not banking) the industry, and some considerations.

<h2> The history and and political landscape of marijuana banking</h2>

Part of that truth is that after many thousands of years of human cultivation of this remarkable plant, pernicious special interests whipped up hysteria against it at several times in the 20th century for reasons having nothing to do with its mild psychoactive properties. Although modest restrictions evolved between 1906 and 1930, efforts toward cannabis prohibition did not commence in earnest until a political opportunist named Harry Anslinger arrived on the scene. Critics of this divisive figure argue that Anslinger, who once stated that cannabis was not a problem, shifted due to self-interest as the Department of Prohibition lost its relevance with the end of that era. Anslinger collected dubious anecdotes of marijuana causing crime and violence, ignoring contrary evidence which proved out otherwise.

Meanwhile, Anslinger found collaborators in a variety of industries, including William Randolph Hearst with his vast holdings of northwest forest land, the DuPont family with their newly-introduced nylon, and Andrew Mellon who was heavily invested in nylon. The campaign relied upon unsubstantiated rumors of Mexicans swarming across the border “hopped up” on marijuana committing violent crimes and stealing American jobs and women.

One might conclude that this was not motivated by concern for the mildly intoxicating effects of consuming cannabis, which troubled no-one for thousands of years up to this point. Rather, it was intended to unfairly restrain legitimate industrial and commercial marketplace competition.

Meanwhile in 1961, 1971, and 1988 international narcotics treaties were adopted including cannabis in its prohibited schedules. In 1970, the Nixon administration included cannabis and lower-THC hemp when it pushed the Controlled Substances Act (CSA) through Congress substantially as a vehicle for disrupting and deploying law enforcement against its political opponents.

Although marijuana, hemp and products derived from them remain illegal on the federal level, the legal cannabis industry, ancillary businesses, and financial institutions operate with a level of confidence that the real risk of consequences is mostly theoretical rather than actual. This has been borne out by the industry’s axiomatic experience over the past roughly five years that one’s level of compliance, transparency, reporting, and accountability is directly proportional to the level of actual risk one may be exposed to. In other words, there is a reasonably dependable roadmap to remaining above the fray of potential penalties and negative consequences by adhering to demonstrated best practices. No U.S. financial institution has suffered penalties, sanctions or punishment during this period for making a reasonably compliant (or better) and transparent effort to bank the marijuana industry.

In 2018 marijuana-related licensees are projected to reach an aggregated $10B in revenue(20), and anecdotally there is a like additional sum generated by the thousands of businesses and professionals providing support products and services. The current development of the industry has been likened to being at the top of the second inning of a baseball game. Combined with its astonishing array of useful cost-effective commercial and industrial applications, enormous pharmaceutical potential, and safer competition with alcohol for leisure use, the industry could easily reach $100B or more in global revenue within a decade.

Bear in mind that there are many sectors and verticals in this space, and it is not required that one jump in 100% or not at all. For example, investment, hedge, family offices and/or PE funds derived from qualified and institutional investors may be seeking banking without touching the plant, and so requiring much less rigorous compliance reporting and supervision. Attorneys, accountants, consultants, and many other ancillary businesses whose practice includes service to industry clients may be attractive customers. Institutions still hesitant to provide cannabis licensees with accounts may nonetheless be enthusiastic about accepting state-issued Economic Development Authority grant proceeds as deposits from hemp-related entities.

Clearly an end to federal marijuana prohibition will catapult the industry into the mainstream with several primary sector branches and hundreds of sub-sectors. It is therefore of major importance to note that the pending omnibus U.S. Farm Bill of 2018 includes a provision for full legalization of hemp and hemp-derived products, including CBD. After resolving a squabble over an unrelated food stamps provision, this legislation is expected to pass Congress either just before or just after the 2018 midterm election.(24)

This milestone development will fully legalize roughly half of the cannabis industry, removing any restraints from participation by major institutions and institutional investment. It is not too soon to commence planning your own strategy for capturing your share.

<h2>What do compliance experts have to say about marijuana banking?</h2>

Although cannabis is classified federally as a Schedule One narcotic, the federal government has demonstrated its lack of intention to take action against either compliant, state-licensed entities or the compliant financial institutions or ancillaries that service them.

The U.S. Department of Justice (DOJ) is prohibited from deploying any of their resources against state licensees under the Rohrbacher-Blumenauer Amendment to the current budget legislation. The Department of Treasury via their BSA-created Financial Crimes Enforcement Bureau (FinCen) issued guidance in 2014 to financial institutions, which clarified how financial institutions can provide services to MRBs and confirmed that its enforcement priorities focus on systemic or significant failures, not isolated lapses in compliance. In further support of this written guidance, the director of FinCEN, Ken Blanco, has publicly affirmed his satisfaction with ongoing compliance efforts for MRBs and ancillaries currently banked. The FDIC, the Federal Reserve, CFPB, NCUA, OCC and state liaisons all follow the guidelines as put out by FinCEN.

<h2>What are the fundamentals of compliant marijuana banking?</h2>

The fundamentals of compliantly banking the cannabis industry are quite simple although execution is granular and labor-intensive. The gateway financial institution is primarily obliged to verify:

The most important first step to take if considering providing sustainable service to this industry is to first consult with your regulators and examiners to solicit their recommendations and guidance. Assemble a team of stakeholders, and collaborate to develop protocols and policies. Anyone improperly left out of this preliminary process has the potential to sabotage the best-intentioned efforts.

Currently, there are a few dozen small financial institutions around the country transparently, sustainably and successfully banking the industry, and another few dozen providing ‘quiet’ service to one or a few pre-existing customers. At least one of these now provide formal cannabis-specific education and training programs to financial institutions interested in replicating their proven solution.

Politics aside, the truth is that the federal government earnestly encourages financial institutions to bank the industry; the Treasury Dept, FinCEN and the FDIC via written guidance and examination practice, and the Dept of Justice and Congress via legislative protection from law enforcement.

Many financial institutions have been discouraged from banking the cannabis industry due to potential reputational risk. However one must also consider the serious reputational and regulatory hazards of not transparently banking the industry arising from the billions of dollars currently being laundered via ‘masked’ accounts. Compliance software to detect this activity only scratches the surface. Additionally, the reputational benefits of and opportunity for leadership in protecting our communities should not be overlooked.

So have you done a full analysis on the risks and rewards with providing banking services to marijuana-related businesses? We are still very early in the game. Many financial institutions are already developing their plans to participate in this exciting, challenging and profitable emerging global industry. For most, it’s no longer a matter of if, but when and how!

An expanded version of this article originally appeared in AMLology in 2018.